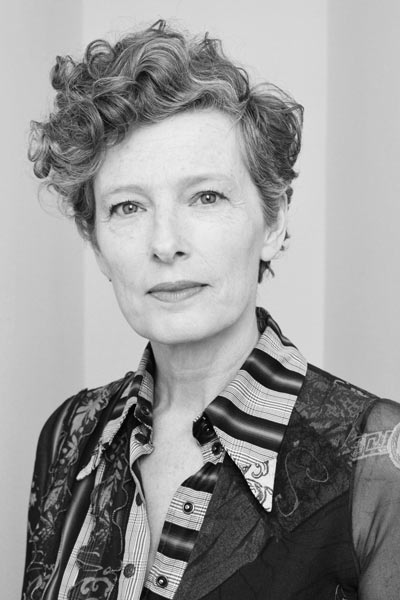 Red Gray is the multi talented creative power behind the Stitched-up Theatre Company, producers of the spectacular experimental opera/theatre ‘The Unravelling Fantasia of Miss H‘. The audio production combines Red’s skills as a writer and performer with Sarah Nicoll’s unique skill on the inside out piano, in the story of a woman who spent half a life time in an asylum.

How did you come to move from live theatre to audio theatre?

The pandemic! We were all set for our Yorkshire tour of the live stage show. We had funding in place and were just ready to go into rehearsals when lockdown was announced. We had made so many contacts with partners in Yorkshire that we didn’t want to leave them with nothing so we decided to reach our audiences with online content including creating an audio play.

What drew Stitched-up theatre to tell the story of Miss H?

It came out of the blue really. I had been thinking about creating something new – an opera but had no idea for a story. One day I was invited to an exhibition at the Wellcome Collection at Euston. It was called ‘Bedlam: The Asylum and beyond’. There on a wall was a tiny piece of coverage about Mary’s story. When I read that she had been confined in an asylum from the age of 37 for 41 years my heart skipped a beat! I felt compelled to tell it. There were two of her samplers on display which suggested the nature of a woman who felt she had been wronged and whose story merited greater investigation. Her story is only known because of her embroidered samplers which survived (now on exhibition in the Wakefield Mental Health Museum) so those words as well as the entries in her medical records which I discovered through West Yorkshire archives became the libretto for the piece. It felt like a gift. It also soon became apparent that we could include community engagement around performances and create radical embroidery workshops for women to ‘stitch their story’ which would make Mary’s story relevant for contemporary women.

What is the story behind the inside out piano used in the production?

It was designed by our unique experimental pianist and co-composer Sarah Nicolls. The open fronted nature of the piano means she can access the strings to create sounds which would be impossible via the keyboard alone. It gives opportunity for a soundscape to reflect the inner feelings of a troubled heart and mind and of the emotions of pain, anger and revolt felt by the protagonist, as well as being able to accompany songs like a regular keyboard can. It is a very impressive instrument and actually serves as our ‘set’ on stage as well as almost feeling like a fourth character! It swings on a giant ball bearing and it weighs two tonnes!! For us it reflects a disruption of the status quo.

What makes opera the best medium to tell the story of Miss H?

Well one of the things that struck me first was Mary’s job as a ‘Music Mistress’. I have also had that job – so I was pulled in straight away and how better to tell the story of a musician than through music? Part of me would like to believe that Mary could have been a professional performer had she been free. Opera of course by definition can express human emotions in dramatic and striking ways. This is such a devastating story that I felt it might be well expressed through the human voice and its ability to express humanity and fragility as well as all the conflicting emotions one might feel in that predicament. It was also a gift that I met Sarah who could bring the otherness and subversive nature of her inside out piano as well as her skills as a composer which complimented my own and created our own eclectic ‘fantasia’ – which is the definition of a work of music which contains a mixture of genres. It is a contemporary opera/theatre piece containing much more physicality and abstract staging courtesy of our movement director Kate Webster than many traditional forms of opera. Basically we tried to let the story lead the way and the result could be seen as a fusion of art forms.

What advice would you have to someone preparing to convert a stage production into an audio drama?

If it includes music then that is a whole other level for which some knowledge of music recording and production will be needed. Luckily Sarah and I could cover that with our knowledge and experience in the music industry. Indeed it would be useful to collaborate with someone with a background in electronic music. For a straight drama, a good mic and mic technique are useful – to know when you want to be intimate with the listener or establish how ‘far off’ the action and dialogue is happening– they can have quite different effects on the listener’s relationship to the piece. We had lots of fun creating sound effects and finding some online too – so don’t be afraid to colour the story with foley!

What have been your proudest career highlights so far?

There have been fun times such as performances at The Albert hall or TV  including Top of the Pops in the 90’s!, touring to New York and Europe or having my music commissioned by Steven Spielberg or being featured as one of the tracks playing on a Radio 1 loop on the day Princess Diana died but quite honestly creating The Unravelling Fantasia of Miss H. has been my greatest moment – to tell this untold story and to have created a piece for stage – that means more than any other commercial successes and personally it feels like an accumulation of all my music and theatre background coming together.

What has been your toughest career challenge so far?

This project has also been the hardest! And that is because in doing something which I care about so much and which includes exposure of my own writing and performing I make myself vulnerable. I have to take complete ownership and therefore it takes the highest of courage which I am learning to do! It is also an important story and the outreach community work connected with it makes it something which is about more than my contribution. Commercial success can be impressive to some but to me this feels like something much more important and therefore the stakes can feel higher. Keeping the momentum going through the last few years has been a challenge but I keep reminding myself that this story needs to be told in order to liberate others to tell their stories so that is good motivation.

Have you heard any great audio dramas you would like to recommend?

I couldn’t get on with the TV version of the Fake Heiress but when I heard the audio drama version on BBC Sounds I enjoyed it immensely. What a fascinating story!

What are you and stitched up theatre working on at the moment?

Sarah Nicolls is always working on something new – she tackles climate change in lots of her writing. Check her out at www.sarahnicolls.com. Kate Webster our movement choreographer who plays the asylum attendant in the live show works at the Globe and also has her own contemporary dance company which are working on new material www.katewebstermovement.com. I am preparing for ‘The Unravelling’ project to reach audiences in Yorkshire and working with a textile artist based in Yorkshire to deliver radical embroidery workshops with women’s community groups in the areas where Mary lived and worked.  I believe that Mary’s story still has a long life ahead of us and I think I may be busy with this project for a while!

Where can listeners or theatre goers enjoy your work?

We will be performing in the ‘Grimeborn Opera Festival’ at ARCOLA Theatre London at 7.30pm on Friday 9th and Saturday 10th September 2022.  We have some exciting Yorkshire performances to look forward to in Spring 2023 including Theatre Royal in Wakefield, Left Bank Leeds and CAST Theatre Doncaster. All details will be on our website nearer the time. In the meantime anyone interested in Mary’s story can also see her embroidered samplers and other related news there or follow us: