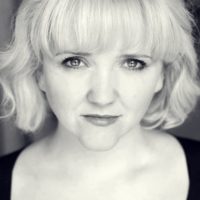 In 2003, Susan won a scholarship to train at NCDT accredited drama school, The Academy of Live and Recorded Arts in London, where roles included ‘Katharina’ in The Taming of the Shrew (dir. Kim Durham), ‘Nina’ in The Seagull (dir. Stuart Wood) and ‘Anne’ in The Passing-Out Parade (dir. Lennox Greaves).

Since graduating from ALRA, Susan has worked extensively in theatre, radio, TV, commercials and short films. Whilst the majority of her work has been in the theatre, the job she’s asked about more than any other was her role as the Krillitane School Nurse in the Doctor Who episode, School Reunion.

Susan wrote the perennially popular comedy drama radio plays ‘We Are Not the BBC’ and ‘We Are the BBC’ for Wireless Theatre in which she plays the role of ‘Bulah’.

Susan tweets at @SueCasanove and is a talented photographer.

Listen to Susan in: WE ARE NOT THE BBC, WE ARE THE BBC, AMELIE’S PARTY, LEAVES IN AUTUMN