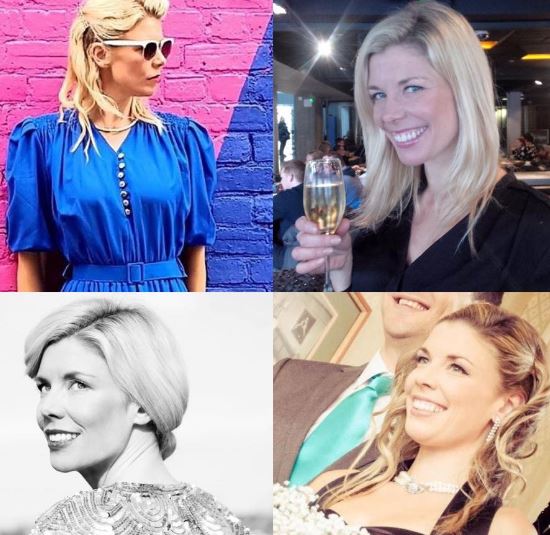 In Memory of Tania Foley

The recent sudden passing of a dear friend from a cardiac arrest following pneumonia at the age of just 39 has shocked and deeply saddened everyone who knew her judging by the enormous outpouring of grief on social media. The last time we spoke, not long before Christmas, we chatted about the fact that we were both born in 1977 so had a big birthday coming up this year. I dismissively moaned that I was just trying to forget about it while Tania in her usual positive, cheerful manner spoke joyously about her plans to celebrate later this month. I keep replaying that conversation in my head and feel ashamed of my negative attitude that evening as we struggle to come to terms with the fact that we now live in a world where Tania’s loving family and friends are not going to get to celebrate her 40th birthday with her.

What I can’t let go of is the unfairness of it. Why this vibrant, upbeat young lady with one of the sunniest dispositions I’ve ever known? Why not someone else … but who? There’s the rub. If life is completely unpredictable, everything that happens just down to chance, then all attempts to try and attach poetic justice to anything are futile. Is this why so many of us crave stories with a good moral heart to them, to try and attach some meaning to the seeming randomness of life?

Charles Dickens’ two best stories in my opinion are A Christmas Carol and Martin Chuzzlewit. Some might be surprised by my second choice, Dickens wrote many other great classics and Martin Chuzzlewit is one of his less successful novels.  Published in 1843, the same year as A Christmas Carol, it was deemed a comparative flop and many Dickens fans saw it as a disappointment.  But I’m not alone in my opinion as Dickens himself considered Chuzzlewit to be his best novel.  The wonderful, heart-warming morality tale that is the story of Scrooge is very different from Martin Chuzzlewit in which there is some poetical justice of sorts for some of the characters but not all.  Most notably “good, honest Tom Pinch”: he is kind, genial, loving selflessness personified.  Yet the novel ends with Tom inwardly dejected in a state of hopeless, unrequited love (while outwardly continuing to present his usual cheerful countenance to the rest of the world).  Is it possible that the moral ambiguity that pervades Martin Chuzzlewit may be connected to its unpopularity in comparison with Dickens’ better-known works?

Is Martin Chuzzlewit closer to real life as it is while A Christmas Carol is more like life as we wish it could be?  This brings to mind the controversial ending of the American TV show Lost which many found disappointing (I actually loved it).  In Lord of the Flies, which creators J.J. Abrams and Damon Lindelof cited as an important inspiration for Lost, the story ends with a sense that some sort of justice will be served while Lost’s highly ambiguous ending leaves us with no such certainty.  In addition to all the endlessly-discussed unanswered questions, in Lost, some characters who behave appallingly almost but arguably don’t quite achieve redemption, in particular Benjamin Linus: morally ambiguous not unlike Martin Chuzzlewit’s Pecksniff but also extremely engaging and identifiable as a character.  In Lost, as in Martin Chuzzlewit, it’s definitely more about the journey than the destination and life, they say, is a journey.

So whether we seek it through television, films, books or audio drama, what exactly is this poetic justice we’re craving? For the good to end happily and the bad unhappily? (to misquote Oscar Wilde) Much has been written and said (but sadly little done) about the way in which the world is presented to us through the media and the unhealthy imbalance between good and bad news. Just glancing at the Evening Standard beside me – the word screaming at us from the top of the front page is ‘DEATH’ (it’s actually an article about the ‘death’ of homes under £300,000 in London), then flicking through the paper: gunman on killing spree, mother who killed her three children by driving them into a lake, Turkish plane crash, families made homeless, train/tube strikes, two women fighting for life after hit and run, carer stole £170,000 from pensioner, crisis in Aleppo, fears over terrorist attacks, fears about Brexit/Trump, more deaths, more fears … The negatives so outweigh the positives it’s genuinely difficult to find any at all.

When Labour MP Jo Cox died, the media reported all the good works this selfless, kind-hearted lady had done during her lifetime, not least her tireless campaigning on the behalf of Syrian refugees. But presented in the context of the report of her murder, it raised a worrying question in my mind. I, like most people I know, had never heard of Jo Cox before the day she was shot; why weren’t any of her many good deeds reported to us while she was alive? Why did Cox have to die before the media paid her any real attention? What about the millions of good people around the world who do good deeds and help others year after year but never make any news bulletin?

If one was only to read the headlines, one could get the impression that as humans, we are part of a species made up of mostly evil, power-hungry or vacuous people and that the small handful of good people in this world usually suffer and/or have their lives cut short. Well here’s my news: good people and good deeds do exist. In fact, they’re the norm. Instead of death and scandal being allowed to dominate the headlines, what about placing a greater emphasis on reporting the good things that happen to or are done by most of the people most of the time? The vast majority of men aren’t paedophiles or terrorists, the vast majority of mothers don’t drive their children into lakes, they’re actually good, honest people. Until the media starts to redress the balance of good and bad news, what kind of society are we creating? One that desperately needs escapism into fantasy and stories for sure.

‘Reflect Upon Your Blessings’

This brings me back to my last conversation with Tania. She taught me a valuable lesson: life is precious and it’s short. Whenever I feel any negativity creeping in about my upcoming 40th birthday I shall remember Tania’s wonderful positivity and remind myself that every moment of every day we’re granted on this earth is a gift to cherish and be grateful for. As Dickens wrote: “Reflect upon your present blessings – of which every man has many – not on your past misfortunes, of which all men have some.”

Susan Casanove, in memory of the actress, Tania Foley who passed away 15th January at West Middlesex University Hospital.