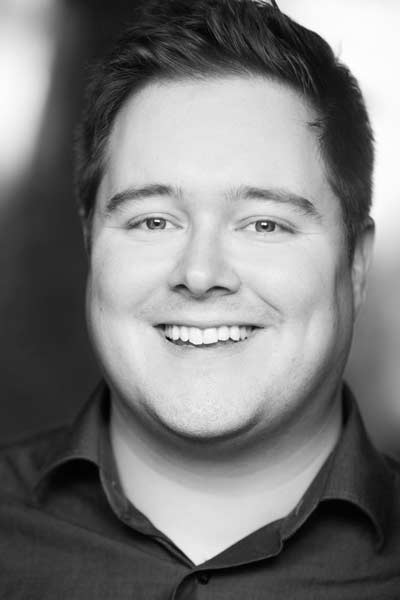 Voice over for games professional Richard Reed has voiced many characters in Wireless Theatre productions, alongside his video game character voice acting. How are the two different and which does he prefer?

My first ventures into voice acting came from my drama school teacher and Wireless Theatre Director Cherry Cookson, she suggested I enter the BBC Carleton Hobbs award and was kind enough to give me my first Wireless Theatre gig, which was Windover I believe. Which then allowed me to progress into other Wireless Theatre audio dramas. I owe a lot to her and I am extremely grateful!

What are the differences between audio drama acting and voice over for games, as a performer?

Are there special challenges in voice acting in games?

The main challenge is not being able to work with another actor, especially in a potentially emotive scene. You’ll usually be given a pre-recorded line to react to, or you aren’t reacting to anything and you have to guess the intention of the previous line. It can be challenging but video games are getting better at it, allowing for more actor collaboration when needed. Another challenge can be vocally intensive sessions where you are screaming battle cries etc and it’s very important both the actor and director plan and pace those sessions properly.

How have things changed for voice actors in games over time?

In some ways the industry has changed a great deal and in others it’s remained the same. I think there’s a greater desire to tell more diverse stories from different perspectives. However the desire for authentic, honest acting with strong characters and narratives hasn’t changed.

There are loads! I think I’m most proud when I work on a project that’s really admired by fans. Working with truly fantastic actors is another proud moment because I think “people trust me enough to cast me and work alongside these brilliant actors” and that’s always a lovely feeling.

What has been your favourite project to work on?

Again too many to count. A Christmas Carol is one that stands out for me, Treasure Island as well. Recently I worked on Dracula which was a phenomenal opportunity and a great honour, as well as The Sandman Series II.  Again it’s that feeling when you are working on a project with fantastic writing, fantastic actors, fantastic directors and you just look around the studio and think “yup, this is alright”

Are you a gamer? Which are your favourites? Which have the best voice acting performances? Any recommendations?

I am a gamer. The thing is with gaming it’s as broad and expansive as books or cinema or audio dramas. For me I like a bit of everything. Some of the best voice acting I’ve heard has been in the Mass Effect games and Red Dead Redemption 2. That has some phenomenal acting.

Where can listeners enjoy your work?

You can hear my performances either on the Wireless Theatre website, or over at Audible. Not all of them crop up on the search engine though, but if there’s an Audible originals drama there’s a good chance I’m involved with it in some capacity!