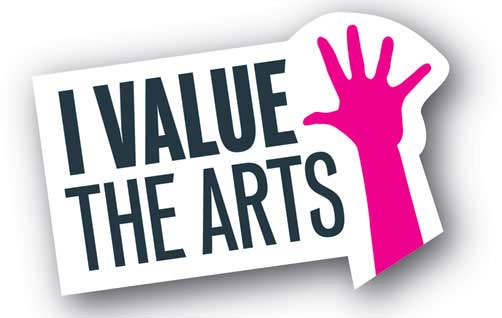 “Where the offence is, let the great axe fall,” says Claudius in Hamlet. But, looking at the initial list of losers in the funding lottery, one is tempted to ask what the offence is. I attach no blame to the Arts Council who face an impossible task. The real culprit is an appalling, incompetent government…” – Michael Billington

(Quote with thanks to Naomi Bowen, via Mariele)

We live in austere times, and we’re all in it together. Whoever you blame for the mess we’re in right now, whether it be New Labour for spending too much, the bankers for killing the financial system through greed and taking what non-money we already didn’t have, whether you blame the Coalition for making the wrong spending and cutting choices, the Tories for favouring the rich, or the Lib Dems for selling-out, it seems no-one can win at the moment. Public sector services face massive cuts, there’s less money to spend as the large majority of us feel the pinch and, if we are honest, there’s no magic wand to solve it all.

Arts is an area that has come under some, albeit, not a lot of press scrutiny, as it seems a likely area for a massive reduction of the Coalition’s spending. And in discussing this as someone who works in the arts, I can’t promise to be objective or unbiased. However, hear me out, and I promise the jokes will be back in the next entry.

Cutting arts spending: a nice easy target for politicians of whatever political party needs to save money? After all, why spend money on a new art gallery when the same area could benefit from a youth centre? Why spend that money on a children’s theatre programme when it could be spent on maintaining the local park? Why spend money on a new theatre company that might have found five new writers as good as Jack Thorne or Shane Meadows or Toby Whithouse who want to create new plays that could say important things or have popular appeal, or even both? Why have a Film Council organising tax-breaks and encouraging for productions companies here in the UK, when the small number of millions you spend on that could be used to remove some deficit which we have to get rid of?

The odds are in reading this entry you already know what the arguments in favour of keeping bodies like the Film Council and arts funding going are. It’s been said time and time again – especially when ever penny invested in the arts generates two pence back. Then again, those behind the cuts are very good at presenting the argument in very emotive ways. I mean, a theatre isn’t going to keep your house safe when there are break-ins in the area, right? It’s the police that they are now keeping, because without that money spent on your local community theatre, they would have lost even more than 4% of officers they can no longer afford. Then again, I too have been just as emotive in my choice of theoretical wording already. We can all play this game until the words mean nothing and just become hollow and out to score points to win the day. However, I won’t apologise for being passionate in this entry and trying to win the argument, nor also do I disagree that there may be more worthy sectors of the country that need as much protecting from spending cuts as possible. The NHS needs as much money as it can get., so do the police, so do social services to name three – whether you agree they are run correctly or not. However, see this from the NY Times.com:

“People in the arts had been bracing themselves for deep cuts in government subsidies. But, while Mr. Osborne said that administrative costs in the Department of Culture, Media and Sport and in quasigovernmental arts organizations would be reduced by 41 percent, money for “core programs” like museums would be cut by just 15 percent.”

In addition, we, as in the UK, all of us, in this together, will see £100m lost from the Arts budget this year, which last year was £452m, so that approximately another 22%. Bear in mind that is a) a much smaller amount spent by the Government in other areas (our arms trade subsidy is £850m), b) a much higher cut ratio than other departments and the money spent on them, and c) that’s, in theory, up to £200m at least the UK economy, all of us, in this together, will now be missing out on. So yes, please protect as much spending in valuable services. However, they are a one-way street, taking money to do, in theory, a valuable job. However, the arts? We take what little we already receive and, on the whole, make into a profit for the economy. We use it nurture the talent of tomorrow. Cutting spending in the arts is cutting money that will come back to you. I dare the Government to find a bank account that will give them that kind of return.

In addition, this is on top of university fees being hiked – so anyone who potentially wants to go into higher education to study and arts degree to come out a trained professional to work in the industry now not only faces at least £27,000 of debt for their troubles, but also the prospect of fighting for money to get started. Tuition fees, very much a New Labour policy now seized on with glee by the Coalition, began when I was at university. And I always remembered the words my Dean said when I graduated, attacking Government policy: “If you think education is expensive, try ignorance.”

Right now, there could be a 15 year old artistic genius waiting to be be the next Ayckbourn, Stoppard or Bennett. Yet the dream will be crushed out of them by the fear of debt. Or they’ll fight through, and be forced to give up their talent after graduating, because there’s no money for them to take their new ideas forward. Potentially hundreds, if not thousands of exciting new acting, directing, writing and producing voices now face silencing before they’ve begun or once they’re out there, in an already fiercely competitive industry. The arts are being eroded now from bottom to top, right through to the middle.

Perhaps the Coalition are hitting the arts because certain parties or politicians in power see it as an industry to cosy to the left-wing and the opposition and needs to be undermined. Maybe they really believe the investment return is unworthy. Maybe it’s just an easy area to cut from and not upset the public outrageously. All I really hope is that, years from now, a vibrancy that this country began to regain for new writing and bold theatre and fantastic Oscar-winning cinema, isn’t lost and becomes the stuff of history that people will read about in libraries.

No, wait, hang on. Did I say libraries? That won’t happen either, now will it?

• Royal Shakespeare Company: grant cut by 15% to 15.6m
• Zinc, disabled let arts organisation, loses grant after 16 years.
• ICA, London, grant cut by 42%.
• Pioneering contemporary dance company The Cholmondeleys and the Featherstonehaughs, loses grant.
• Almeida Theatre, London: cut by 39%
• Talawa theatre, London: cut by 22%
• Northcott theatre, Exeter, after clawing its way back from administration last year, grant cut
• Mima, Middlesbrough Institute of Modern Art, grant increased by 143%.
• Yorkshire Dance, grant increased by almost £140k to £323k/
• Norfolk and Norwich Festival, grant increased by 87%.
• Britten Sinfonia orchestra, up by 30% to £416,649 – in contrast to most orchestras and opera companies taking hits of around 15%, except English Touring Opera, up by 9%.
• Kendal Arts International and the Lakes Alive festival, new grant of 890,000 over three years.
• Camden Arts Centre, London, up by 30%.
• London based Punchdrunk theatre, up by 141%
• Maltings theatre, Berwick, grant more than tripled to around £180,000 each of the next three years.
• Artsdepot, north London, which lost its entire local authority grant, keeps slightly reduced ACE grant.
• Theatre by the Lake, Keswick, grant increased by 22%.
• Spike Island gallery and artists’ spaces, Bristol, new grant over over £152k, inflation linked for next two years.