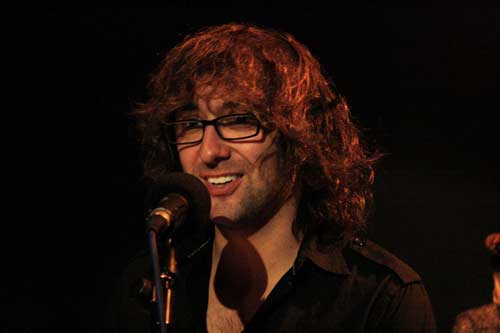 It’s often been said that you should write about what you know. I, however, don’t really know what it is I know – so I thought, instead I’d write about what I do. But then I started to doubt whether I knew enough about what it is I do do (he he, Oh grow up Mike!) and wasn’t sure if I should write anything at all. Really, a blog is autobiographical and why on earth would anyone be interested in reading about my exploits? Surely I’m not arrogant enough to think folks should waste minutes of their lives reading about me?

Well, it’s this initial insecurity and absolute arrogance that forms a perfect base to be a stand up comedian.

There truly can’t be many feelings to rival the intense satisfaction, joy and fulfillment from making a room packed full of strangers laugh at the thoughts that YOU have come up with. The sound of a cacophony of applause aimed at you can fill you with warmth for many days. However, all the laughs, all the rounds of applause, all the plaudits that can come your way tend to boil down do what really warms a comedians cockles: People LIKE you. Of course this is delving deep into some parts of my psyche hidden from daylight for many years but what else could drive someone to put themselves through those early gigs of Monday nights, rain, empty rooms, sweaty palms, words stuck in the back of the throat, lips unable to move as 7 or 8 people (if you’re hitting the dizzy heights) stare straight through you. The shear panic that accompanies the disinterested compere’s war cries of fake clapping and whooping, beckoning you to those baying for blood. Bloody hell this is starting to sound like Gladiator. If Gladiator was set in a grot shop and Russell Crowes character played by a whinging Hobbit. The point is it’s a bit shit to begin with.

But once you find that common ground with an audience, once you beat their stubborn, frowning, miserable faces into submission (going Gladiator again, sorry). Once that git at that front who yawned at your first punch line, shakes your hand at the end, you kinda know its all been worth it. You’ve gained a kind of acceptance. The opinion of others should be meaningless. As long as you believe unwaveringly in what you are doing, whatever it may be – if it’s a path you want to tread, then bugger, tits and bollocks to other people. However, this doesn’t necessarily apply to Stand Up. A Stand Up without laughter is like a fisherman with no rod, or a Baywatch extra with real boobs. It is the laughs, the fishing rod, or the fake boobs that become essential to what you do… Erm, I may have lost my thread on that last bit, hopefully you haven’t noticed.

If you don’t want people to laugh with (not at) you, if you don’t care if they liked your act or not, then you may as well shout at a mirror for 20 minutes.  Or perform in front of Mother reciting cheeky limericks in your front room (you do that for your Mum’s right? Anyone?). Anyway the point is, it gets better.

And this is where the arrogance helps. If you think it’s going to go badly, if you think the crowd doesn’t want to listen to you, if you think they hate you, then, yeah they will. Believe that you are great, that you are funny, even if you doubt it and don’t believe it, never let the audience know. Through no-one’s fault but my own I myself have been swallowed by crowds in a haze of downtrodden pessimism, hangovers and underprepared material. Walking to the stage with a swagger/strut/stride and looking like you’ve done it hundreds of times, letting your carefully crafted, fine-tuned words hit those delicate little ears in range, all those small yet well thought out facial expressions pushing the point are crucial in getting the audience eating out your lap (that sounds right).It’s almost a battle. It’s you versus them. The crowd behind a wall of scorn versus the awkward, solo figure with a microphone for a weapon. Jokes versus heckles. Sober professionalism versus drunken stags. I’m ashamed to say that to create this façade of invincibility I’ve even used entrance music; favorite’s being Oasis’ Rock n Roll Star or Hulk Hogan’s Theme tune. I’ll say it for you: Tosser.

All this preparation and some nobhead spills his pint at the first punchline, everyone whoops and cheers in unison, you become a forgotten figure and skull off back to the shelter of the night bus, ready to go again the next night to repeat the whole ridiculous charade over and over again. And for want of a more articulate and well thought out sentence, I bloody love it!