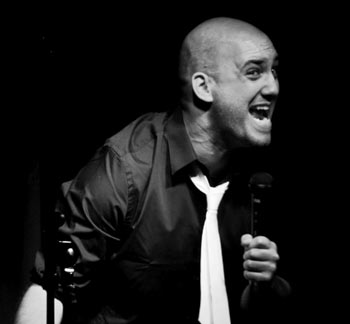 I wasn’t sure what to write this blog about. First of all I was going to do something about being a stand up, now I can’t (cheers Mike). So I was a bit stumped, until I had two seperate conversations with two totally unrelated people about the same subject on Sunday. The first one was complaining about the lack of decent programmes on television, said he never watches telly anymore, bemoaned the fact that there are a million more channels but he can never find anything worth watching and basically implied that, as far as he was concerned, the box in the corner was just there for decoration. Later on another of my mates called me and started chatting about the new Sky Atlantic channel that he recently subscribed to. He raved about Treme and Inland Empire, which he described as “The best television show ever”. He told me how lucky he felt he was to be able to experience first hand big budget motion picture quality on the small screen and how in years to come “people will look back at now and talk about it as the golden age of television”.

That’s two pretty polar opposite opinions, obviously. It got me thinking, out of the two, who’s right. In my opinion they kind of both are.

Now before I start on why let me just be crystal clear, there has always been good stuff and bad stuff for us to watch or listen to or to go and see. I’m well aware of that. I just think that never before has there been such a chasm between good and bad. The good is great, the bad is terrible. Obviously on TV the US has been churning out some of the most gripping shows you’ll ever likely to see for a good ten years now. From The Sopranos, The West Wing and The Wire to the aformentioned Inland Empire via Arrested Development, Breaking Bad, Mad Men and Curb Your Enthusiasm. All from the country that brought me Dallas, Saved By The Bell, Hanging With Mr. Cooper and Baywatch in my youth, I think we can safely say the quality is on a upward curve. It’s not just the states either, in the last few years the British have not only continued to create top quality period drama such as Cranford and Downton Abbey but we’ve began to compete in terms of contempary shows like The Thick Of It, Life On Mars, Any Human Heart and This Is England ’86. All over the world, from Wallander to Summer Heights High, there are excellent shows being made. Well done everyone. Isn’t telly good! Well, not quite. Three words should make you realise this. Take. Me. Out.

It might seem a bit cruel of me to pick on Take Me Out when I had the likes of Snog/Marry/Avoid, The Only Way Is Essex, Total Wipeout or anything involving Katie Price to single out as the the main contributor to the downfall of television. The truth is, it’s the one I’m most familiar with. I actually watch it. Quite a lot actually. I watch it the same way as you watch conjoined twins trying to sit opposite each other at a booth in pizza hut. Full of guilt but with your mouth wide open and eyes popping out of your head. Here’s the premise – 30 morons judge one desperate moron until the lone moron get to judge the morons that don’t think he’s that much of a moron until only two remain and are whisked away to a tropical Island where they fall off a water ski, have dinner and awkward conversation, slag each other off on camera behind each others backs and are sent packing back to obscurity. Hosted by Paddy McGuiness. Off the Greggs adverts. Moron.

As I said, bit harsh of me to single that one show out. It could be one of thousands. But the fact is if Aliens came down to earth and wanted to know about human culture and you played them an episode of Inland Empire followed by an episode of Take Me Out they not only wouldn’t believe it was the same medium, they would struggle to believe they were both made by the same species. It doesn’t just seem to be on television either, Inception was as good a summer blockbuster as any you could mention. When it left tbe cinema it seemed to be replaced by an endless succesion of Katherine Heigel rom -coms (She’s a scatty dress maker…Who finds love! She’s a party animal who inherits a baby…Who finds love! She’s a paraglegic croquet teacher with tourettes…Who finds love!). The record industry is eating itself whole and spewing out the same humourless, souless, pop acts. It’s even infiltrated rock music, check out Liam Gallaghers new band Beady Eye for the worst example of the tired, regressive, cliche driven, phoned in nonsense that has become a staple of mainstream rock and roll. Labels put it out as they can’t run the risk of losing money trying something new. Meanwhile bands are forming and promoting themselves on Myspace to create a loyal and comitted fan base from day one in scenes that would usually be nothing more than a local concern. Meaning bands that would usually be tossed aside by labels are flourishing at grass roots level (Djent being the current hipster buzz word [which is why I’m mentioning it]. Hearing Periphery’s youthful, swaggering and original sound up against Beady Eye’s dopey, 60’s obsessed, shoulder shrugging is a breath of fresh air). For every War Horse there is a We Will Rock You (Ben Elton bullying stage school brats into spinning Freddy Mercury’s grave). For every Stewart Lee, my favourite stand up ever, there is a Jeff Dunham, a racist hiding his racism behind puppets. Chalk and cheese the lot of them.

Now you can say a few things here “You’re just jealous of their success!” Not true, don’t like Osama Bin Laden either and it’s not just because I’m jealous that he built a better den than me. “Well people like Jeff Duham and We Will Rock You and Katherine Hiegel films (I’m yet to meet anyone who likes Beady Eye) they must be good if people like them!” People liked Hitler enough to vote for him, I’m sure history will prove me right. “That’s just your opinion!” Yeah it is. It’s also my fucking column, you want your say sit in front of a computer for two hours like me and have it. Shall we continue?…Good.

What I can’t quite grasp is why? Why have the good and the bad shot off in opposite directions like two particularly strong magnets?  Is it a reflection of our society? The haves certainly seem less attainable than ever to the have nots. Yeah, maybe. But personally I think it just comes down to more… more stuff. More TV, bands, films, plays, poets, stand ups, actors, dancers, jugglers and celebrities than ever before. Not as many plumbers as there used to be. Maybe a few of us should do that? We won’t, of course. Meaning that the good will have to continue to work all the harder to create something to stand out against the tsunami of entertainment constantly hurtling towards us. And the bad… Well the bad will carry on, to quote Stewart Lee, spoonfeeding us their warm diarrhoea. Which do you want then? Good or crap? Art Vs. Commerce? The incredible against the insufferable? It’s all there you know, more than ever. All you have to do is choose. SINGLE MAN REVEAL YOURSELF!!!!