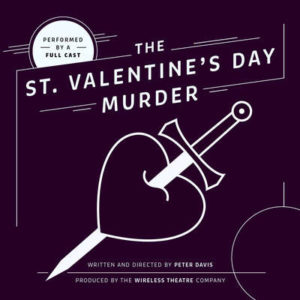 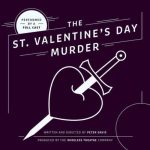 The St Valentine’s Day Murder explores the happenings at the ‘Running out of Fish’ Valentine’s Day speed dating event. It’s Valentine’s Day and events turn less than romantic when one of the members of a dating site is murdered. Can detective Jean-Pierre LePoulet find the killer?

Recorded in front of an audience at The New Diorama Theatre – the show had rave reviews and we had such a great time recording it.

Photos of the Recording are HERE

“Acting is great, the cast is a fine ensemble”

“Superbly written, it fizzed with sharp and imaginative one-liners.”

“An extremely funny, well acted and entertaining way to spend an hour.”