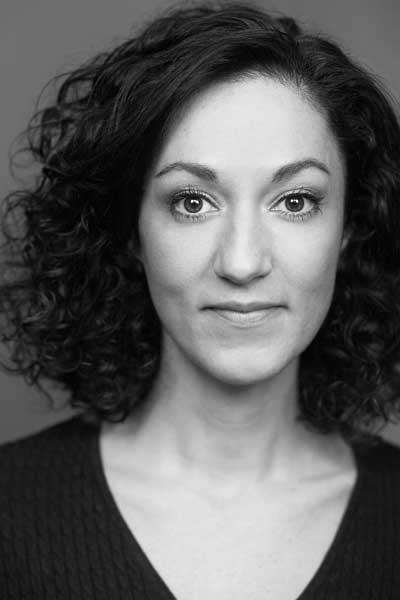 Nina Millns is the incredibly talented actor-turned playwright behind the powerful audio drama Delete. We asked Nina about her writing tips, career highlights, and works in progress.

I had the privilege of working with Wireless Theatre as an actor many years ago and was one of the team who went to the Edinburgh Festival with a series of audio plays that we performed live at the Pleasance Dome. It was such a fantastic experience and also really challenging. I developed a profound respect for those amazing performers who can switch accents, voices and characters and command the audio medium so well. A few years later, my first play Delete was performed at a theatre in London and the wonderful Mariele Runacre-Temple came to see it and we begun discussions about turning it into an audio drama. We were able to bring back much of the original cast as well as a couple of brilliant additions and I was so pleased with the final production, directed by the brilliant Robert Valentine.

How did you discover your talent for play writing?

After many years of acting, during which I wrote a lot, but mostly short comedy sketches and content, I had an idea for a play and decided to learn how to write one. After three years of trial and error, Delete was finally ready. We crowdfunded and I produced it myself, and we managed to get it on stage. The reception was surprisingly positive and I discovered that I enjoyed writing even more than acting. For the last three years, I’ve moved into full-time writing and it’s been brilliant, and also a very steep learning curve!

Delete is a unique and powerful story tackling the issues that face three different women online. What inspired you to write about this?

I always start with the characters. My instinct as a writer is that you can tackle the big issues as long as they’re explored through human stories. I was interested in the experience of a variety of women from different generations, ethnic and socio-economic backgrounds and where their experiences online and in real life intersect and where they differ. I’m eternally fascinated by how city life throws all sorts of people together and how that has the potential for unique interactions and friendships, as well as misunderstandings and blind-spots. The three lead women are a mix of people I know or have met, as well as elements of me and my experiences that I thought might be relatable. Women are vulnerable in so many ways, and our endless potential, as well as downfall, is magnified in the online world. I thought this could be an interesting way of exploring the pitfalls women face every day.

What advice or tips would you offer to other writers?

Write as much as you can as often as you can – even if it’s half an hour a day. Hone those skills. Fail and fail better. Read prolifically and pin down what you love and why. Listen to podcasts on writing, do courses when you can and find as many free resources as you can to help you. Draw on your life experiences but also the lives, nuances and moments of others. Find your tribe, join writers groups, apply for things and don’t expect to hear back. Build up a body of work you can show people when they ask. This can take time – especially if you have to work / raise a family / have commitments / don’t come from a privileged background. Join Twitter and follow other writers. Live a full life. Go on walks.

The last three years have been filled with pinch-me moments. I do remember getting the bus home on my own after the final performance of Delete, carrying two suitcases and three bags worth of costume and props, utterly exhausted, after a sold out show, being interviewed for Radio 4 and being offered a deal on the spot and crying with gratitude at what I’d managed to achieve.
That was the beginning of a wonderful series of wins which include writing for Dr Who and BBC Sounds, my second play Service winning the ETPEP Award, being chosen for the Channel 4 Screenwriting course, and signing a two-book deal. Now I just have to figure out how to do it all!

Listen to Nina’s play Delete, and performances in the ‘Couples who Changed the World’ series.

What has been your biggest challenge so far? How did you tackle it?

Finding a way into the industry when you don’t move in the right circles, haven’t attended the right schools, and don’t automatically have the right contacts means that your career often takes years to finally take off. Having to write complex, challenging work and hold down a full-time job. Not studying writing and feeling like a fraud. Getting feedback from those gatekeepers who have come from those privileged backgrounds but don’t necessarily understand the kind of characters / experiences you’re writing about.  There are so many challenges when you move into these professional spaces, but perseverance has been key, as has writing for myself and enjoying the process itself, finding my tribe of awesome like-minded creatives who I trust and who are extremely supportive and insightful. Also developing an instinct of my own so that I can be discerning in these situations and trust my own judgements. It means that I can take the feedback that is helpful and trust my own work, even if those gatekeepers don’t get it. Also, on a very practical level, just learning how to format and structure my work and master the variety of mediums that I’m working in! That’s a work in progress!

Your plays have been performed on stage, and as audio drama. What are the challenges involved in writing for each? Do you prefer one medium over the other?

I’ve absolutely loved learning how to make the most of both mediums and I still have so much to learn! There is an immediate feedback from live theatre, a unique moment shared by the people in that room at that time, and a collaborative spirit that I love… Also the tension of it being live! At the same time, the world-building and intimacy that is possible with audio is so exciting! I get such a different joy from both that it’s impossible to compare. I also have such respect and reverence to those who have mastered both worlds.

Have you heard any great audio dramas lately? Is there anything you would like to recommend?

So much good stuff! Wireless Theatre’s The Darkwater Bride for Audible was chilling and hooked me from the start. I loved Forest 404 on BBC Sounds, also Howl’s Moving Castle by the brilliant Robert Valentine for Radio 4 was a Christmas treat. I’m looking forward to listening to the epic Sandman adaptation too!

What have you been working on lately?

Well, I just finished my first book and will be finalising edits on that until March. In the meantime I’m re-drafting my second play Service in collaboration with the Finborough Theatre and will be writing a new script for Channel 4 from February onwards. Then there’s the small task of the second book to complete for early 2023!

Where can readers enjoy your work?

I’m extremely proud of Wireless Theatre’s production of Delete which you can listen to on this very platform! Mortem which I wrote for BBC Sounds is also still available to listen to, my play Service will have a reading at the Finborough sometime in March – exact date TBC, and my first book Goddesses will be out in 2023.