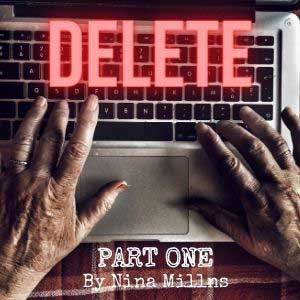 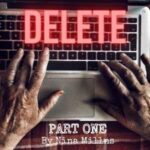 DELETE is a play about women, friendship and the Internet.
Tanya needs to serve her community sentence by teaching Patricia how to use the internet. Sue is Tanya’s parole officer, and she’s dating. Mostly men with beards. A funny, poignant and ultimately shocking play about an unlikely friendship between three women in a world saturated in online abuse, sexual violence and addiction.

A funny, poignant and ultimately shocking audio play about an unlikely friendship between three women in a world saturated in online abuse, sexual violence and addiction.

Delete explores friendship between women of different generations, and the risks and online harm women and men can so easily experience. A complex, moving story that uses very strong language in places.

Nina Millns is a writer and script editor who studied English Literature at Sheffield University and Acting at East 15. She is a member of the Criterion New Writers programme and was shortlisted for the 2020 Sphinx30 program, a writers’ development programme for female playwrights. Her play DELETE was longlisted for the PapaTango Award, chosen for the RADA and Actor Awareness festivals and featured on BBC Radio 4. Nina’s recent commissions include writing the BBC Sounds series Mortem, and developing scripts for Big Finish Productions