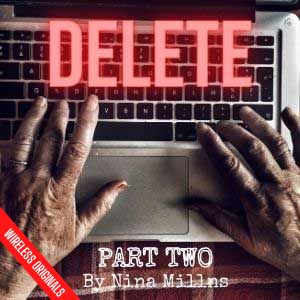 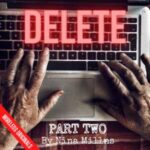 Sue’s latest relationship takes a nasty turn, and as Tanya struggles to stay clean, Patricia wants to change the world… but it’s not the 60s anymore and the rules are different online.

A funny, poignant and ultimately shocking play about an unlikely friendship between three women in a world saturated in online abuse, sexual violence and addiction.

Nina Millns is a writer and script editor who studied English Literature at Sheffield University and Acting at East 15. She is a member of the Criterion New Writers programme and was shortlisted for the 2020 Sphinx30 program, a writers’ development programme for female playwrights. Her play DELETE was longlisted for the PapaTango Award, chosen for the RADA and Actor Awareness festivals and featured on BBC Radio 4. Nina’s recent commissions include writing the BBC Sounds series Mortem, and developing scripts for Big Finish Productions