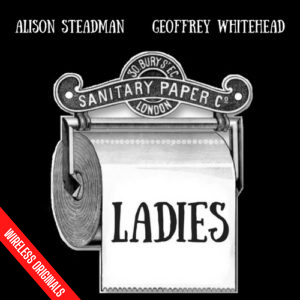 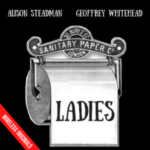 Ladies was inspired by the very real and very fraught campaign at the turn of the 20th Century to build a ladies’ loo just outside Camden Town tube. Restricted toilet facilities for women were causing social, political and economic problems at the time, to address the issue a proposal to build a women’s public convenience on Park St was made to the St Pancras Vestry council, and greeted with unsurprising but enthusiastic horror. The story behind this radio play is very real, though these characters have been created purely for your titillation. Starring Alison Steadman.

LADIES was recorded live at The Lion & Unicorn Theatre on 19th December 2016.

Photos of recording by Mike Garnell can be found HERE.

Alison Steadman is great, although she’s not the most funny character and some of the supporting actors outshine her. As always Geoffrey ‘comedy genius’ Whitehead is wunnerful

Enjoyed this very much. Lots of laugh out loud moments and Alison Steadman is hilarious as always, what a brilliant comedy actress she is. Wish I’d been able to come and see it recorded, perhaps one day!