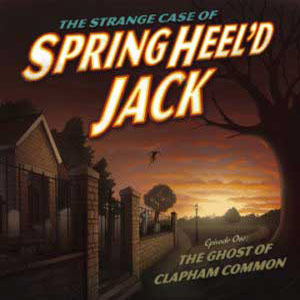 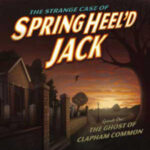 Praise for The Springheel Saga

“Wonderfully confident and full of bravura.”

The Springheel Saga Based on Victorian Urban Legend Springheel’d Jack

London, 1837. A terrifying apparition stalks the night! Constable Jonah Smith must avoid a pair of vicious killers in his hunt for the mysterious figure who will come to be known as… Springheel’d Jack! Based on the most unusual of Victorian urban legends, of an attacker in white oilskins who could jump like a flea. Dubbed Springheel Jack, Spring-heeled Jack or Springheel’d Jack in Victorian newspapers, a number of attacks were said to have been the work of this strange and vicious criminal.

The Springheel Saga is an ambitious production from Wireless Theatre, which spans three series and nine episodes. Starring a full cast of fantastic voice actors including the legendary Julian Glover and Nicholas Parsons, The Springheel Saga won a Silver Ogle award, and attracted great reviews.