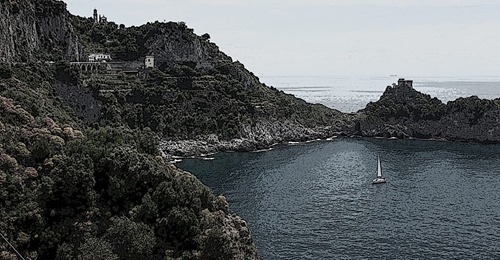 WRIT IN WATER is a new play by John Keats expert Angus Graham-Campbell to mark the 200th anniversary of the death of the poet, who lost his battle with tuberculosis at the age of only 25. Despite his tragic early death, Keats produced a huge output, but his success and acclaim would really only come after his passing. In his 20s, he fell passionately in love with a neighbour in Hampstead, Fanny Brawne, who was the inspiration for some of his famous poems.

After a lifetime of poor health, he was persuaded by the doctors to travel to Italy in the hope that the warmer climate might improve his health. The play focuses on the journey to Italy and his time there. Setting off with his close friend, Joseph Severn, their journey by boat was treacherous and nearly killed them but, having finally made it there safely, they were able to enjoy a short time before his illness overwhelmed him.

Angus Graham-Campbell’s previous drama about the earlier life of Keats, Rebel Angel, was broadcast to mark the 200th anniversary of the poet’s birth. Cast includes Billy Howle whose recent credits include leads in The Serpent on BBC television, the films Dunkirk and On Chesil Beach. Callum Woodhouse plays a leading role in The Durrells and is one of the leads in the acclaimed new series of All Creatures Great and Small. This is their debut in radio drama.

Listen to Writ in Water