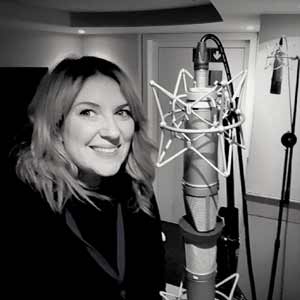 Our audio drama blog covers the technical challenges of making audio drama, topical views from team members, news of our upcoming releases, and tips and tricks of the trade.

MARIELE RUNACRE TEMPLE – Mariele is the founder and artistic director of Wireless Theatre, she trained as an actor at East 15 where her love of radio begun. After working as an actor and travelling for a bit, she decided it was time for the birth of WTC and hasn’t looked back since. It is, without a doubt, the best thing she’s ever done in her life.

JACK BOWMAN – Jack is an actor, writer and occasional director, and also an associate producer of Wireless Theatre. Most recently Jack co-wrote and starred in our first ever series The Strange Case of Springheel’d Jack. He has been on the team since the start and you can find more information about Jack and his work with us, and other projects HERE.

PETER DAVIS – Peter is an actor/writer/director who trained at Mountview and has been involved with several Wireless Theatre projects. He is very funny. He wrote and directed our most recent live recording The Saint Valentine’s Day Murder (which got two five star reviews, so….) and our popular download Galaxicabs and is writing more stuff as we speak, including the odd entry for our audio drama blog.

OLIVER FORD – Oliver is an actor/writer/musician who also does a bit of stand up comedy. He’s been in several Wireless Theatre productions, including the Ray Galton hit Not Tonight Caligula.

STEPHEN HILL – Stephen is a stand up comedian and writer. He has been working the London stand up circuit for the past five years and is the author of WTC’s summer hit Gino Ginelli is Dead. Stephen has toured with his solo hour show, ‘The Lifestyles of the Sh*t and Worthless’ and performs at summer music festivals. Stephen is also the official podcaster for Metal Hammer magazine.

ANN THEATO – Ann is an actress and writer who has worked in both television and film. For WTC she has starred in Gino Ginelli Is Dead and Seasons, and sometimes writes for our audio drama blog.

MIKE GARNELL – Mike is an actor and stand up comedian who is a bit of a WTC regular, starring in Medusa On The Beach, Cormorant, Gino Ginelli Is Dead and Galaxicabs – as well as The Saint Valentine’s Day Murder for Wireless Theatre. Mike can be found working the London comedy circuit, when he is not tour guiding round London on a boat.

KEVIN HANEY – Kevin is a writer, actor and comedian. He has been involved in several Wireless Theatre projects including In the Meantime… Parts 1 & 2 (which he also co-wrote), Richard ‘O Brien’s Pig in Boots, Gino Ginelli is Dead and the Saint Valentine’s Day Murder.

GEORGE MADDOCKS – George is a director who most recently has been working on WTC’s Wild Elusive Butterfly. He has directed NewsRevue at the Canal Cafe Theatre and has been teching the show at the Edinburgh Festival, and writing the occaisional audio drama blog post for us!

MATTHEW WOODCOCK – Matthew Woodcock is a writer and actor who recently played Jean Pierre Le Poulet in The St. Valentine’s Day Murder. He wrote and performed in WTC’s live production of Sherlock Holmes Strikes Back.

FRAN KIRKHAM – Fran joined WTC at day dot and was involved in the general running of the company for several years, and the audio drama blog as well as the live and studio based recordings. She has a degree in English from Cambridge, so she’s well smart, in fact she is now studying to be a doctor which sadly means she isn’t around us as much as she used to be – but she’s still part of the family!